For a long time now I've had zero interest in politics. I suppose I had the stuffing knocked out of me by the incessant stream of left of centre associates that seem to be striving to get their credentials for joining the Soviet Union's League of Militant Atheists. Sadly some people when hearing about 'faith' or 'God' or the like compartmentalise it all into some 'God box' that demands the most strident ripost. They seem to lose the ability to reason and discern whenever God gets mentioned and treat everything linked to faith as a monolithic entity, which it isn't. And in turn they appear to me to become more infantile and stereotypical in their behaviour and manners. One or two excepted of course. But that's why I've had no interest in politics for a long time now.

In the same vein the whole concept of celebrity bores me to tears. Take a 'celebrity' and it all comes down to behaviour to get media coverage and all the while the scenario is being manipulated behind the scenes by Svengali-like men who play the system to line their pockets.

So when Russell Brand appears yapping on about 'revolution', 'occupy' and other lefty mantras my blood freezes. The conjoining of celebrity, infantilism and a new book is just too much for me to bear.

Last night I caught the final few minutes of BBC's Question Time and saw Russell Brand looking rather deflated and perhaps sad amongt the Lab and ConDem clones who were spouting their parties mealy mouthed mantras. I certainly didn't see anything that got mentioned in the reviews or on Twitter regarding clashes and audience heckling. However I did look at Brand's Twitter feed and actually followed the link to his latest blog post where he talks about the show. And I have to say I now see him in a different light. Not the vacuous celebrity and, dare I say it a 'bit of a cock' but someone who underneath the veneer of the media circus actually cares about people. He was able to talk about Christians and people of faith without subconsciously turning into Uncle Joe, and he shows a real passion for humanity and people, as he says:


The Britain of the future will be born of alliances between ordinary, self-governing people, organised locally, communicating globally. Built on principles that are found in traditions like Christianity; community, altruism, kindness, love.

It's a breath of fresh air to find that sort of ethos amongst the left and it's really made a mark on me. So much so that I've even resurrected my Twitter account @lansburyslido.

Popular posts from this blog

God is the only landlord 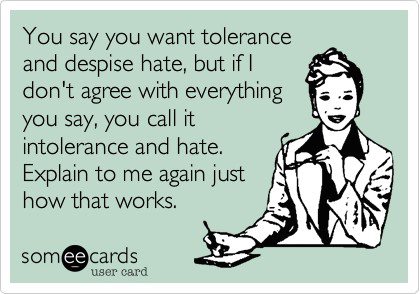 As the title says. This will be my last post at Lansbury's Lido. I've finally decided to retire this blog to the heavenly archive or maybe I'll consign it to the fiery furnace leaving nowt but a shadow on the wayback machine. It's been a good ride over the years, sharing my lefty thoughts on politics and current events, sharing posts and discussions, meeting some great comrades, and also some not so great, hoping for a great socialist future where peace and harmony reigns supreme! Alas the wheels came off the bus as they say. Was it my expectations or viewing the possible futures through rose-tinted spectacles of memories past? My Left was a Left of Keir Hardie, of George Lansbury, of Attlee and Bevan and the NHS, Of Eric Heffer and Tom Mann. A left of strong union leaders working with comrades to realise Clause 4! A Left where those whose labour and brain created the wealth got to share in and control the wealth. A Left open to all, from the hoary handed worker
Read more

Came across this service from the League Against Cruel Sports where they offer a system where all your Parliamentary Prospective Candidates for the 2015 General Election in your constituency are contacted to find their views on aspects of hunting and animal welfare. The system works by the PPCs clicking on an email sent from me to select their views on the LACS website. http://www.league.org.uk/our-campaigns/election-manifesto/take-action-for-animals-general-election-2015 Thought I'd give it a punt as it's very easy to do. So I plug in my details and click the button to send. In my constituency of Aldershot there are 5 candidates that appeared on the LACSs system. Mr Carl Hewitt - Green Mr Alan Hilliar - Liberal Democrat Sir Gerald Howarth MP - Conservative Mr Gary Puffett - Labour Mr William Walker - UKIP My emails went out at 11am on Saturday 14th March. By 7:30 that evening I had an email. It was from Gerald Howarth, the sitting MP. As he said in his email
Read more